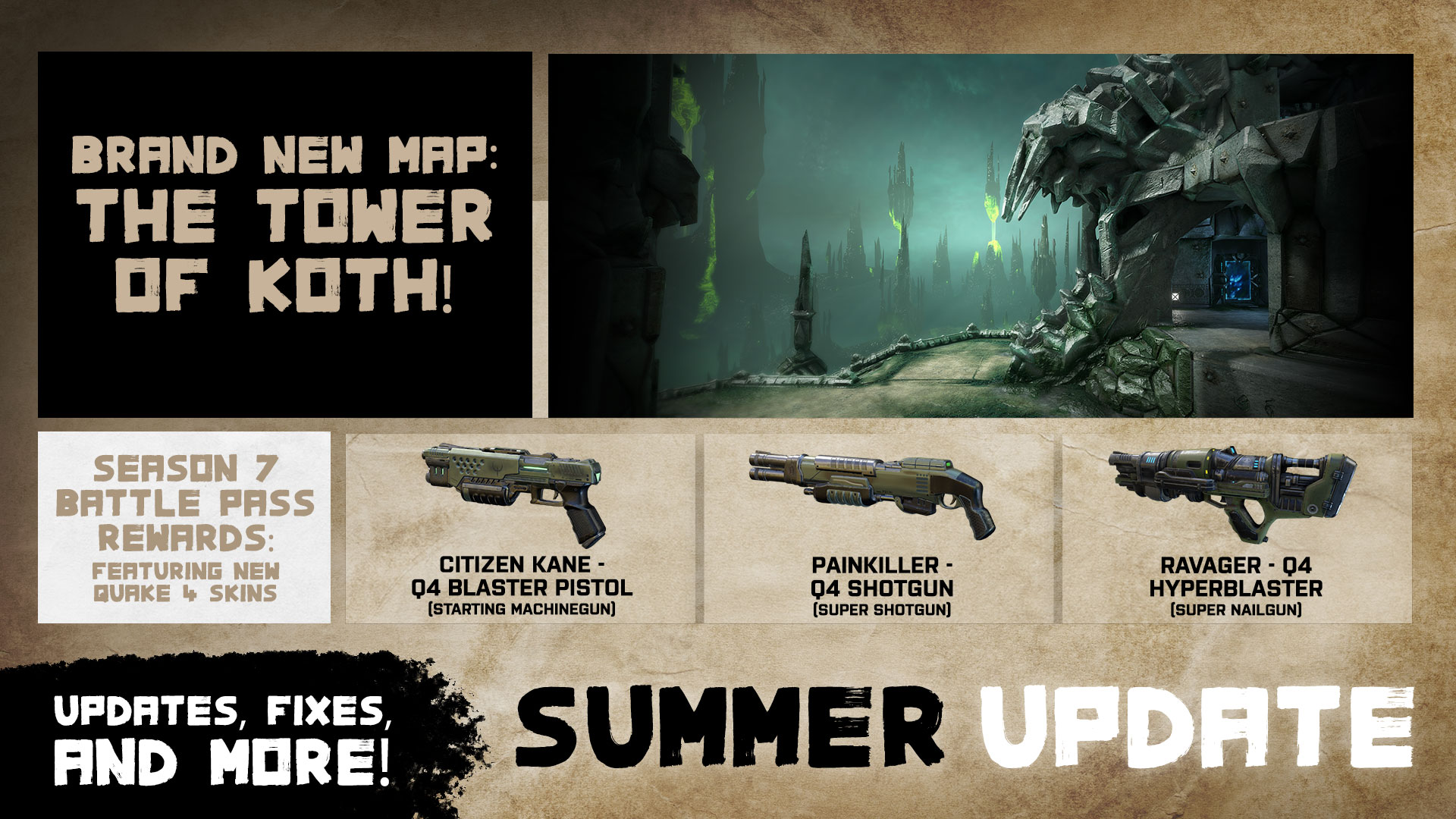 Rising from its viridian morass, a row of skyward teeth speak to the chosen a singular truth: come to know this key and you will open any lock.

• New Lore – Commander at the Slipgate – Collect all 6 to unlock the Heavy Machinegun, Super Shotgun, and Super Nailgun Master Shaders!

• Lowered round score limit from 10 to 7

• Fixed ties resulting in both teams earning a point, causing total round counts to exceed the required round score limit

• Reduced intermission time between rounds by half (10 to 5 sec)

• Reduced size of soul collision from 3m to 1.6m radius

• Power-up spawns return for the duration of Season 7

• Fixed collision on floor between Rocket Launcher and Heavy Armor jumppad, where the floor slightly ramped up in one doorframe, which could interrupt crouchsliding movement.

• Fixed collision on floor between Mega Health and Railgun walkway, where the floor slightly ramped up in one doorframe, which could interrupt crouchsliding movement.

• Reduced the volume of the ability ready sound effect

• At the end of the match, briefly delayed exiting the arena after the match's objective or scorelimit has been reached so players and spectators can view the final frag.

• Fixed MARAUDER shotgun shells not vanishing on Nyx during Ghostwalk

• Fixed PUMMEL gauntlet, removed an untextured mesh visible at all times but most visible during Nyx's Ghostwalk

• Removed ability on respawn for Rip and Tear arcade mode

• Fixed the image quality of the Profile Icons in lootbox presentations

• New orange shaders or all weapons available for preview

• Updated black shaders, making them black instead of charcoal gray

• Updated the Watch Browser to display the official QUAKE stream