Recap: Quake® Pro League Battle for the Belt at QuakeCon 2019 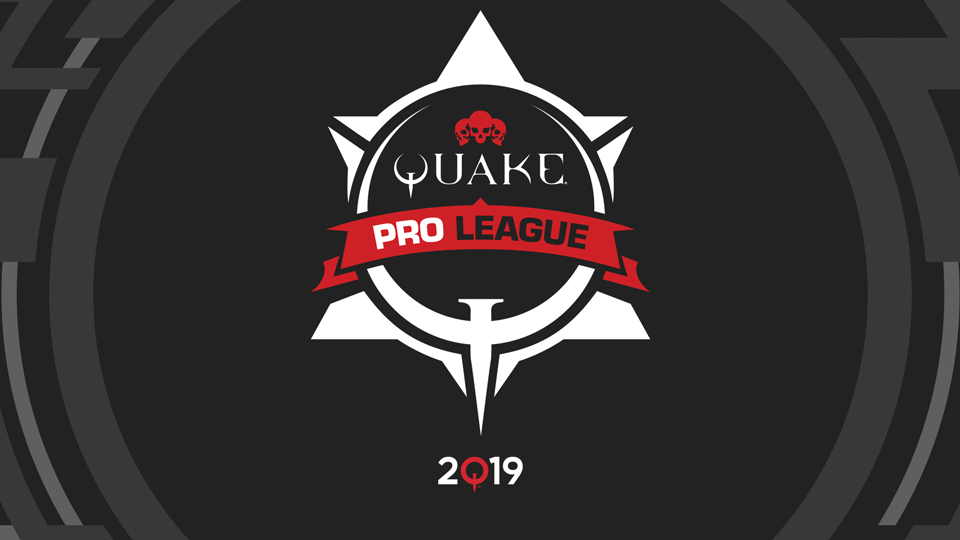 Twenty of the best players from around the globe battled from Thursday, July 25th – Sunday, July 28th to solidify their world rank in the Quake® Pro League during the kickoff event at QuakeCon 2019. This year we featured our new time limit duel and utilized a round robin system where for the first time ever, from Thursday - Saturday, all 190 matches were streamed from the Pro's twitch channels. There was no shortage of amazing games to watch with a plentiful number of upsets. In the end only 14 players would make it Sunday’s broadcast – as we structured it akin to boxing – with the MAIN EVENT being top-ranked K1llsen VS. Coollerz in the WORLD CHAMPIONSHIP and the undercard matches being the Prize Matches leading up to it by order of world rank.

TLDR: If you missed the incredible 10 hour broadcast, a 16-minute recap of every match on Sunday was lovingly edited together by community member Mags featuring music from our Quake® Pro League music creator and community member MarkieMusic and can be seen here:

An action-packed way to start the day as this series went to all 5 maps. In the end Cha1n ended up getting the best of GaRpY.

The highlight of this series was easily Nosfa’s ability to comeback from a huge deficit on Molten Falls and steal away the map in sudden death. After hitting a negative scoreline from an unfortunate self ringout, Nosfa dusted his shoulders off and took the map and went on to the take the series over VengeurR.

Toxjc just appeared to be too much to handle for Psygib in this set, as he went on to take the match in a convincing 3-0. Psygib had his moments but just couldn’t take down Toxjq.

In the only inner-divisional EU/CIS Prize Match, we had an interesting style matchup with the devastating defense of Base up against the flashy aggression of Av3k. The final seconds of their set opener on Awoken ended with a nail biter Berserk punch heard round the Dreamlands, securing Av3k’s early series lead. He rode that momentum through Blood Run and relished in his royal rails and rockets past Base in Blood Covenant with a dominant 3-0 victory.

One of the bigger upsets of the prize fights, as Xron handled up on DaHanG and took the set 3-1, something that DaHanG clearly didn’t account for. When you go back and watch the match, there are so many highlight-worthy plays popping-off that you’ll wear out the “Clip” button.

A championship-level match of its own and a runback from 2018 in Italy, the showdown between Rapha and Raisy delivered on all fronts. An epic sudden death game on Molten Falls had fans on the edge of their seats as everyone in person and online was present for the orb heard around the world. In the end Rapha took the set and gave out his final grade.

After a full day of Prize Matches it was finally time for the Championship Match. One of these players would be the first in Quake history to hoist the Title Belt and be Quake® Pro League’s World Champion. It appeared K1llsen just had Coollerz’s number in this set as he started off strong and grew even stronger map after map. No matter how hard Coollerz tried to fight back it wasn’t enough to stop the German from bulldozing over him and claiming his prize in an extremely backbreaking 3-0 score line.

It was an incredible weekend of nonstop action at QuakeCon 2019, and it’s only the start! A full year of Quake is on the horizon as both global ranking and the two division rankings have been solidified in the Quake® Pro League. Who can rise in the ranks and get their title shot? Who will fall from grace and potential see their exit from the league entirely? Every frag matters as the players are battling every week for ranking and their shot to earn the name of Quake® Pro League World Champion!

For the full unedited 10-Hour Sunday broadcast, look no further than right here:

If you're looking for full Bios and where to follow the journey of all 20 Pro Players, click here.

Special thanks to "The Bearded Beauty", FortyLions for his help with the content of this article!