Not even the ravenous gugs descend this deep into the Vaults, where the fetid mucus of countless bhole-worms drips ceaselessly into a cesspit of steel…

Knowing your way around the Arena is just as essential in Quake Champions as mastering your arsenal of weapons and Champions’ abilities. In this guide, we’re taking a tour through one of the game’s maps to point out helpful features like key vantage points, traversal options and item pickups! 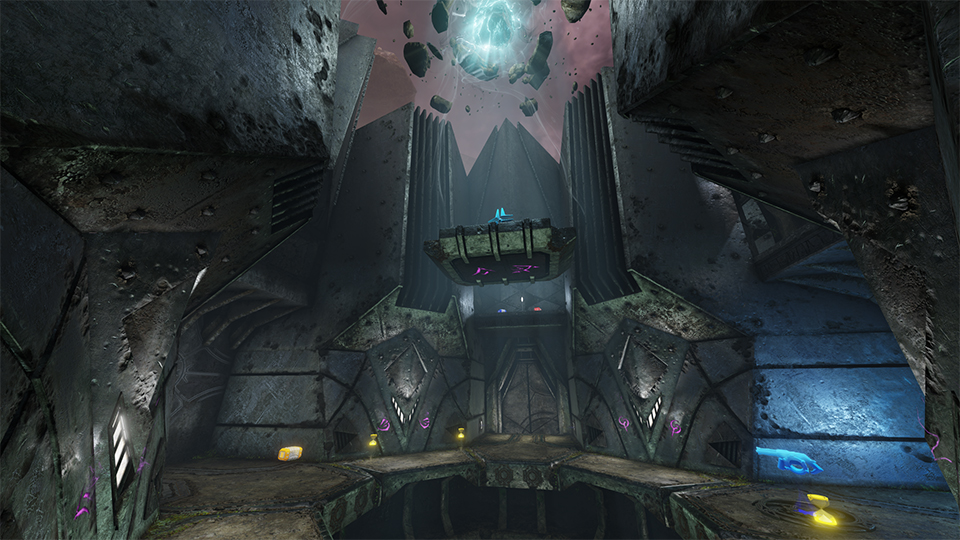 Along the upper route, beneath the light of a shattered crystal lies a middle room between the Bridge and The Blind Oculus. Here players fight for the Mega Health and the Super Nailgun as they dance around the dangerous pit that funnels into the poisonous Cesspool. Players can use the slipgate to reach the high ground and make the perilous jump to the Mega Health on the platform suspended on the floating platform above. Be careful not to fall… 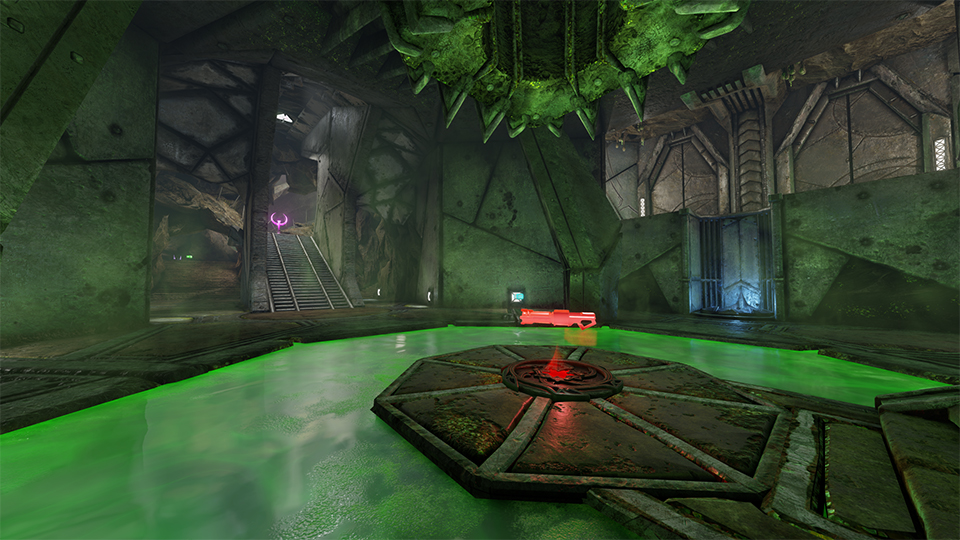 Being in the Cesspool has its curses and its blessings. Players dropping from above may become easy targets if enemies have the room heavily guarded. Controlling the room grants easy access to the Rocket Launcher and the major powerups (Quad Damage and Protection) when the time is right. Exit routes include a lower path to the Cleansing Hall, a jump pad towards the Bridge, and a slipgate teleporter that returns them back up top to the Aeon Crystal. 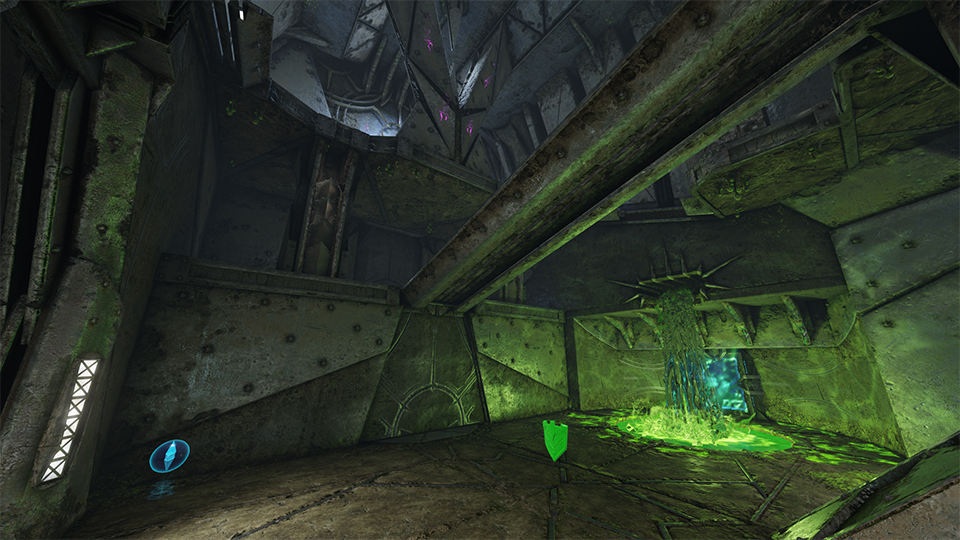 Connected to the Aeon Crystal and the Cesspool is a vertical chamber with a narrow bridge cutting through the center. Players have access to a teleporter for an easy means to move upward through this towering space, rewarded with a Railgun. The lower level has a dangerous acid fall spilling into a pool, but a Light Armor prize lies in wait for those who dare risk it. Just outside the archway is a bend with the Tri-bolt and some cooldown hourglasses. 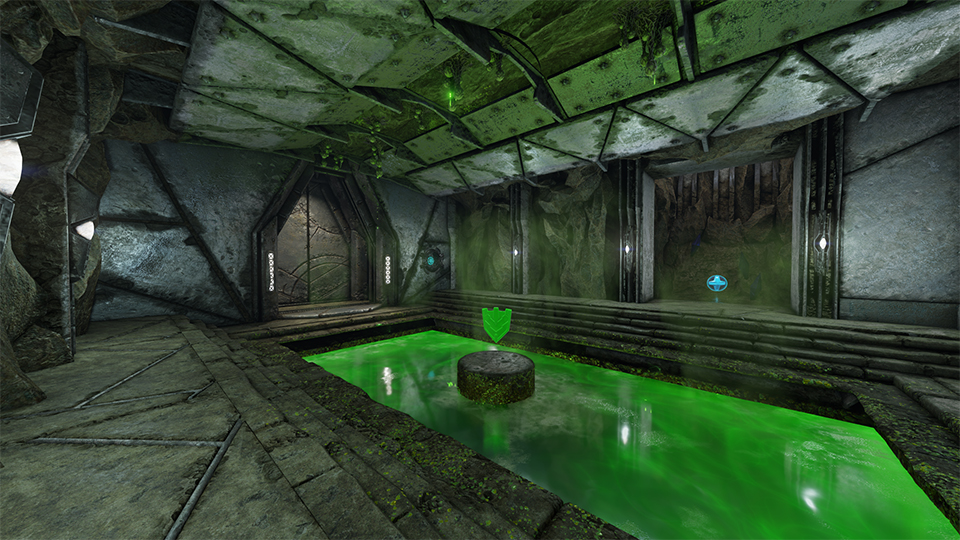 This lower room contains a deadly trap surrounding a Light Armor: buttons on either end of the room can be shot to open trap doors, dropping players into the acid vat below. Players quick to react can attempt to hop safely across the center pedestal. 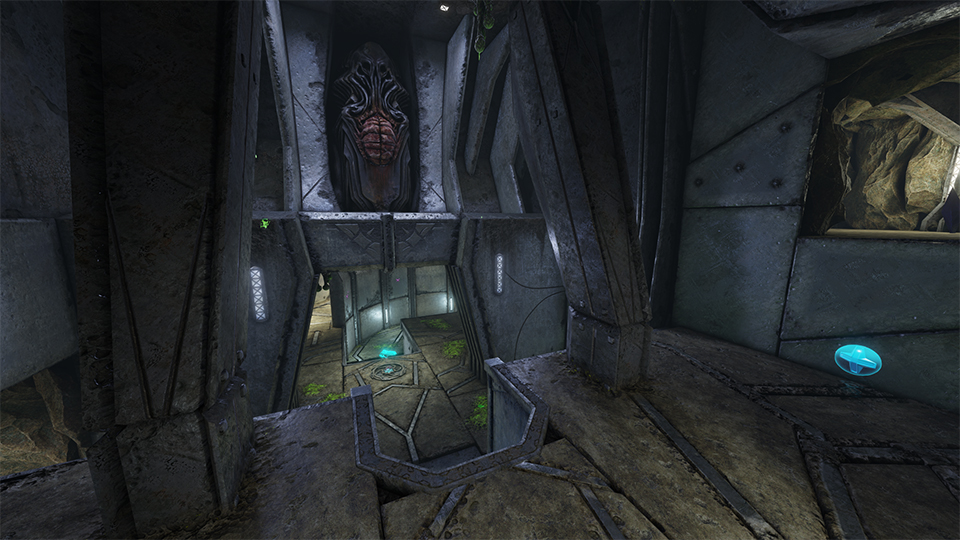 This upper area before the Aeon Crystal gives players the high ground above The Blind Oculus, where the Lightning Gun resides. From here, players can take a risky jump pad to the Aeon Crystal or be forced to drop down to the treacherous lower Cleansing Hall. 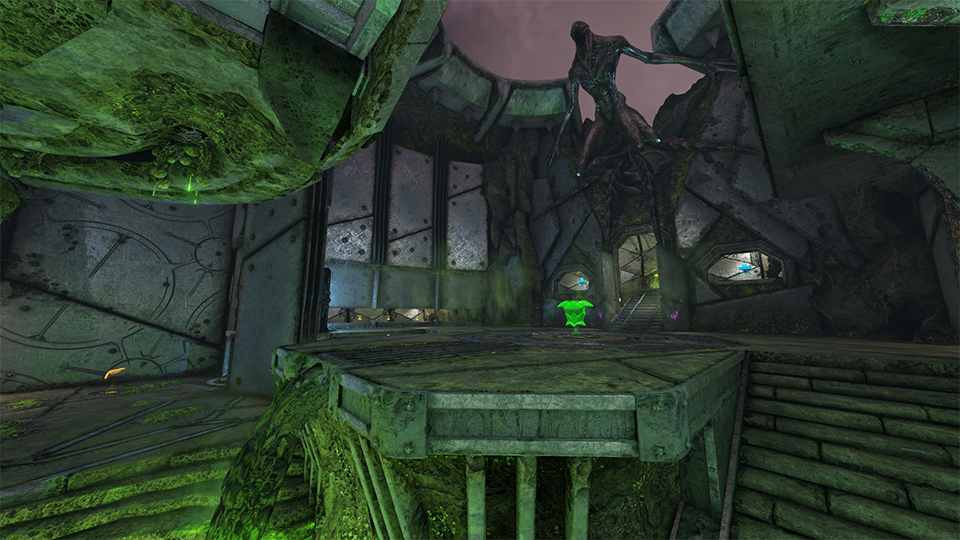 Under the gaze of the Elder God Ithagnal’s statue, this room holds the Heavy Armor and passages leading to the Cleansing Hall, Dread Balcony, and a twisting walkway down to the Cesspool. A slipgate teleporter here leads to high ground, but players knocked off Ithagnal’s shrine risk sloshing through an acid moat. Acid drips down the back walls, but intrepid players will find health bubbles and the Super Shotgun there.

Ithagnal grants favor to those who can successfully navigate this labyrinthine room, and movement and sure footing is certainly important here.